Tell Hannah you saw this ad from DurianProperty to get best deal.

Agriculture Lands with plantations and Breathtaking KLCC Views to be Auction-off!

Another 2 lots of good lands offered by Owner Auction!
These plantation lands are located in Kemensah, Ampang. Standing on highest point of the land, you get to enjoy panoramic views of Kuala Lumpur city, including KLCC, KL Tower, Ukay Perdana-Ampang townships, and greenish forest reserve all right under your eyes.

Known as the forest in the city with lush greenery, these fertile lands are planted with fruit trees such as durian, mangosteen, rambutans and other tropical fruits. Presently, there are one hundred Musang King and mixed varieties of durians planted. According to the owner, during the peak of durian season (from June to August), over 500kg durian are harvested DAILY. With the high demand and price for durians, this is definitely a good land to invest in.
The next land has just been gazzetted as the State Park and open for tourism. Many hikers are passing by the side of the lands. New owners can convert the land into eco-tourism related businesses too.

After passing by the Zoo Negara, it only takes you 4 minute drive to reach the lands. Twin Palms Kemensah is just a few steps away from the land. Great connectivity to a number of highways, such as MRR2, DUKE, and the under-construction East Klang Valley Expressway (EKVE).

The land area size are 2.45 Acres and 2.52 Acres each. The owner wishes to invite bids at a reserve price of RM2million and RM2.5million respectively.

PUTRAJAYA: The Tourism, Arts and Culture Ministry is gazetting the Gombak Selangor Quartz Ridge (PKGS) as a national heritage site under the National Heritage Act 2005 (Act 645).

This involves 210 plots of land.

Minister Datuk Mohamaddin Ketapi, said the ministry had also submitted documents on the PKGS to the tentative list of United Nations Educational, Scientific and Cultural Organisation (Unesco) heritage list, for it to be recognised as a world heritage site.

He said the PKGS included the Hulu Gombak Tambahan 1 Forest Reserve (Bukit Batu Tabur) which had already been gazetted as a Permanent Forest Reserve under Section 10 of the National Forestry Act 1985 (Adoption) as a state park.

“It is made of rocks that are million years old, and has extraordinary scientific and natural landscape value,” he said.

Mohamaddin lauded the decision by Prime Minister Tun Dr Mahathir Mohamad to safeguard the environment by diverting the East Coast Railway Link (ECRL) route to maintain the geological and natural heritage of PKGS.

He said he hoped that the state, local authorities and non-governmental organisations would work together to preserve and protect the area to make it a national icon and important tourist destination.

“With the gazetting, Malaysia will have more to be proud of in its diverse products that comprise not only tourism-related elements such as beaches and islands, but also world heritage sites,” he added.

Please see more of my listings at http://Atikah.myagent.my/.

You may view Kemensah Profile here. 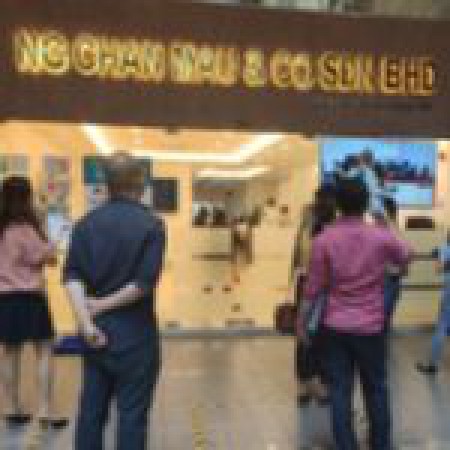